March 27, 2022
Courtney M. Wolf
Read Time : 5 Minutes
When Kadishia Cardona moved from Orlando to Denver five years ago, she was shocked to find “zero results” when she took to Google looking for Puerto Rican food, she says. So she persuaded her mother, Mayra Garcia, to move to Denver and open Sabor del Campo, a virtual restaurant where they cook recipes originally taught to Garcia by her grandmother.

“I was like, ‘Oh, man, mom, you have to come over here. There literally isn’t any food here,’” Cardona recalls of her early days in Colorado. “I would have to call her every night to share recipes because I was desperate. I was like, ‘I need Puerto Rican cuisine, and there isn’t any.’”

Cardona began by doing some catering for weddings and small events. Then, in October 2021, the mother-daughter duo began gathering supplies and crafting a business plan, and Sabor del Campo officially launched in January 2022. “It took a lot,” Cardona admits. “But it’s live, and so far, we’re doing good.” 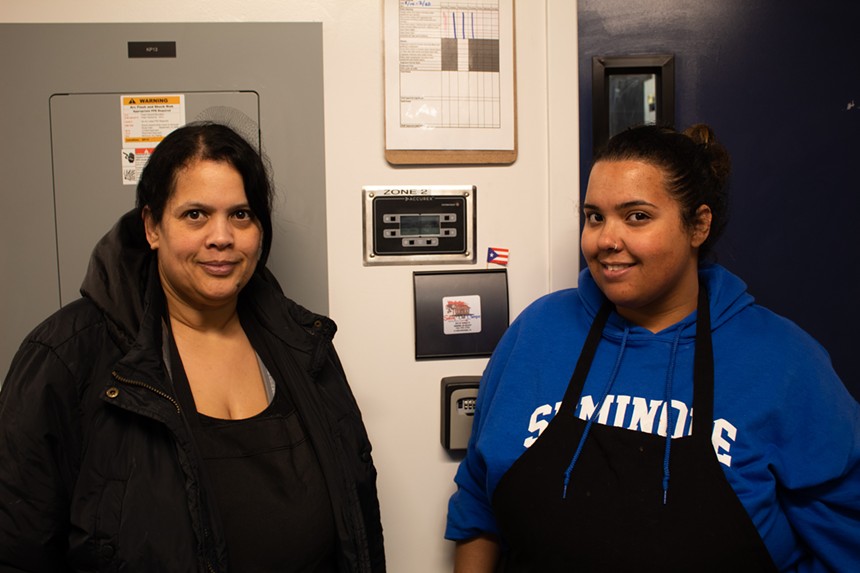 Realizing her dream and sharing her family recipes has been monumental for Cardona. “When people order and take photos and post it on Google or whatever, the first thing I think is, ‘Wow, that is my mother’s food that I have been eating all my life,’” she says. “I just want more of our food to kind of go out there.”

Sabor del Campo is currently housed in a building with dozens of dining room-less kitchens at 810 Vallejo Street, all geared to prepare food for pick-up on site and delivery via third-party services like Grubhub, Uber Eats and DoorDash. Cardona estimates that for the virtual or “ghost” kitchen, she pays “probably a little bit less” than she would to run a food truck, thanks to shared utilities in the building.

The recipes all come from Garcia’s family, who says her grandmother taught them to her when she was just nine years old. The matriarch would tell Garcia to “spin the pot,” which means to stir the pot, says Cardona, and that Garcia would turn out to be a “big chef” like her grandma.

“Her grandmother would feed, pretty much, the town,” Cardona recounts. “And she would do it through campfires — like, build their own fire, metal pots outside, and feed everyone.” The two pay tribute to the source of their recipes via the name Sabor del Campo, which translates to “taste of the countryside,” where their grandmother would cook her meals. 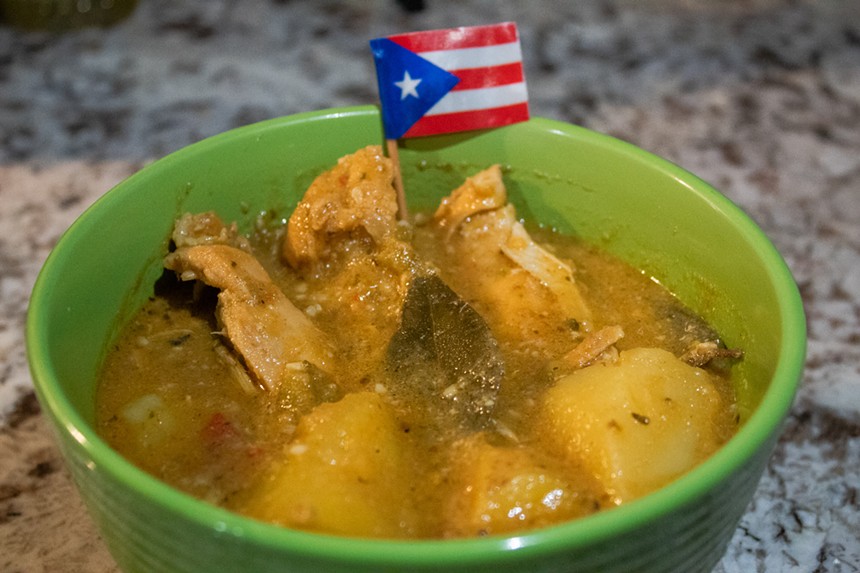 The dream to own a restaurant was always biting at the back of the duo’s mind, as they’d take “ready-to-eat” meals to construction sites and sell them for $10 each before catering became a part of their lives.

Now, the 100 percent woman- and minority-owned business is picking up traction. “There’s a lot of companies here, and they’re all, like, a bunch of men in there,” Cardona says. “I’m like, ‘Where are the women?’”

Furthermore, the focus that was put on her status as a minority was daunting as she developed her business plan. “A lot of people were like, ‘You’re a minority. How much funding do you have?’ It was all about that,” Cardona recalls. “When I first launched, I was like, ‘Whoa, you’re right, we’re minority-owned. Who’s going to buy from a minority’s small business?’”

But her stress seems to have melted away as the business has proved to be a successful one. “Believe it or not, we do get a lot of volume,” she notes. “Just because we’re women and minority — you can still do it.”

The next step is working with a real estate agent to purchase a full restaurant with a dining room. “Traditional Puerto Rican food is delicious when it’s served on a nice, hot plate,” Cardona says. “We’re hoping to expand by the end of summer. That is my realistic goal.”

The two have high hopes for their eventual property, with Cardona imagining an indoor beach for guests to pose on and take pictures. “I want to make it look like you walk in and it’s mini-Puerto Rico,” she concludes.