Eat To Live: “The Black Vegan Cooking Show” Debuts With Styles P As A Guest | The Latest Hip-Hop News, Music and Media 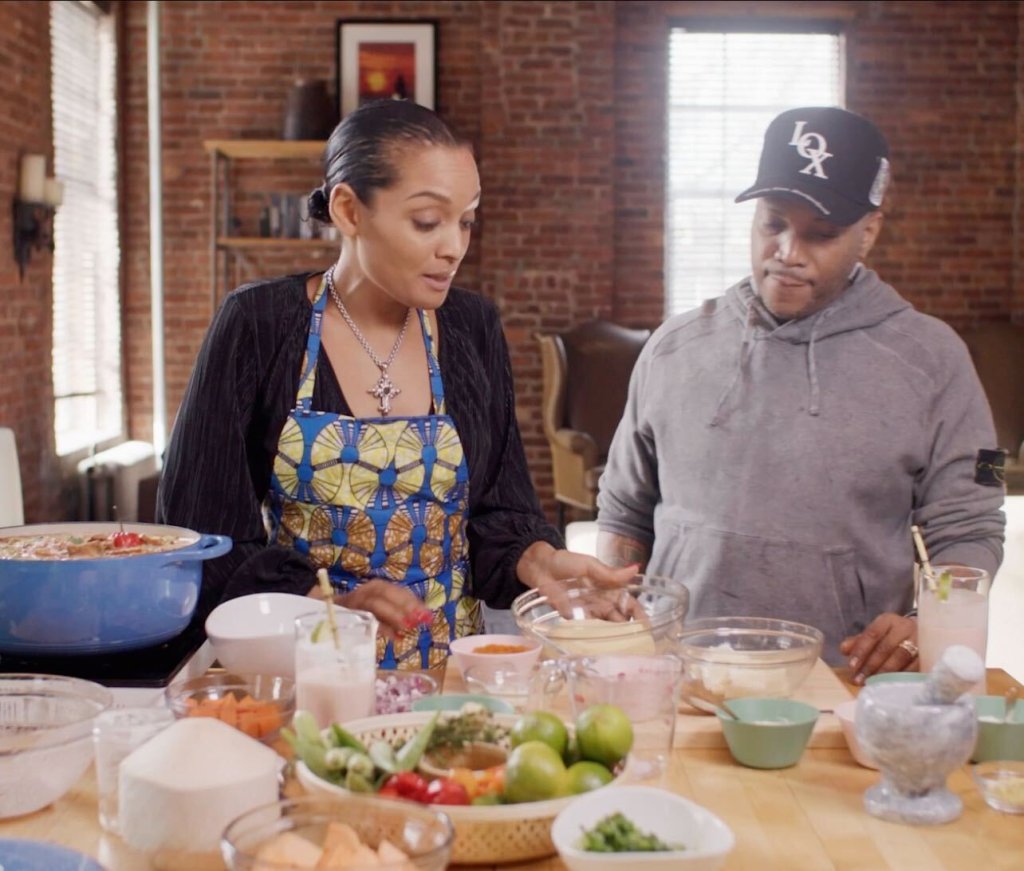 A new show putting a spotlight on plant-based cooking done a famous Black chef has made its debut, with veteran MC Styles P joining in the fun for the first episode.

Veganism in the Black community is in the midst of a resurgence, and a new cooking show capitalizes on that with a passion. The Black Vegan Cooking Show, presented by MADAMENOIRE, made its debut on Tuesday (March 22nd). Hosted by Chef Charlise Rockwood, The Black Vegan Cooking Show is the next step in a journey that the London-born chef, model and entrepreneur began with her Vegan Soulicious platform on Instagram. Rockwood’s first guest in the kitchen was none other than one-third of iconic Hip-Hop group The Lox and entrepreneur Styles P. The “Good Times” rapper has been a proponent of the vegan lifestyle for quite some time himself, partnering with fellow Lox member Jadakiss to open and run the Juices For Life chain of juice bars in their native Yonkers as well as the Bronx and Brooklyn.

The pair kicked off the episode savoring a delectable smoothie with a tropical touch, which was constructed with pink guava nectar, coconut milk, lime, soursop, and sparkling water. That set the stage for the keynote dish of the episode, Jamaican Red Pea Soup that is “beefless”. Chef Rockwood gives viewers important tips on the preparation throughout, and she along with Styles P also made cornmeal dumplings to complement the hearty dish. They also talked at length about their reasons for adopting the healthy lifestyle. “I like to say I’m plant-based and not vegan and here’s the reason,” Styles P said. “Love to the vegan community. Love to all the people who fight for the animals. One day I aspire to be as great as Dick Gregory, so I like to say I’m plant-based and I’ve been plant-based for nine years.”

For Rockwood, her mission with the show is simple. “I really wanted to keep The Black Vegan Cooking Show as intimate, organic, and as personal as it is on Instagram,” she said in an interview with VegNews before the premiere. “Most of them are not vegan, so I’m going to veganize something for them and try to change their perception [of plant-based food]. The Black Vegan Cooking Show’s first season will also feature Chyna Love, founder of the plant-based Caribbean company Bad Gyal Vegan.

New episodes of The Black Vegan Cooking Show will air every Tuesday on Madame Noire’s YouTube channel and their Facebook page. Check out the first episode below.