The need is greater than ever for the community to have access to healthy food choices with Tops Supermarket closed for an uncertain amount of time.

BUFFALO, N.Y. — The recent mass shooting at the Tops Friendly Market on Jefferson Avenue not only resulted in a terrible loss of life but also the loss of that east side neighborhood’s only major grocery store for a still-undetermined amount of time.

Now, those behind a proposed food co-op in the city’s Fruit Belt neighborhood, say this adds to the urgency to get their project moving forward.

African Heritage Food Co-op acquired an aged structure at the corner of Carlton and Locust Streets three years ago, with hopes of turning it into a grocery specializing in healthy food options, as well as a community center.

“We have the architects, we have the environmental study, we have the renderings. The only thing we don’t have is the funding,” said Alexander Wright, founder of African Heritage Food Co-op.

But that is well short of the $3 million Wright says is needed to bring the project to fruition.

“We’ve already put $50,000 into this,” said Wright as he climbed a creaky and weak staircase bounded by paint peeled walls, leading to the second floor where the sky was visible through the eaves near where new lumber for roof rafters has been installed.

“We had to re-enforce things because there was a fire in here and that damage needed to be addressed,” he explained.

When asked if, for $3 million, it might not be better to tear the structure down and build anew, Wright said there were several reasons why that option would be the least preferred.

“There is historical value to this building,” said Wright. “It’s been in the community for so long and has the architecture of the community. We have a lot of good things here, and we don’t need to demolish and rebuild. We need to reinvest in what we have.”

There are in fact two corner grocery stores within a couple of blocks of the sight of the proposed co-op. However, prices in those stores tend to be higher and options for fresh fruits and vegetables are limited.

And Tops, once an option for so many residents in the area, remains unavailable for an uncertain amount of time in the future.

“We want to press upon folks to get behind this and to support this because this is the answer right here,” said Wright, who noted for now many are taking advantage of free food giveaways being run by various groups near the shuttered Tops, which he referred to as a “band-aid” approach to a consistent problem.

“You can’t just say, ‘oh, here’s a bag of produce for you and it’s going to last a week or two weeks. Our families are going to be hungry a month from now. So, excuse my passion because this should be up and running already.”

Wright told 2 on Your Side that Buffalo Common Council President Darius Pridgen, who represents the Fruit Belt neighborhood, is the only Common Council member who has dipped into discretionary funds under their control to  Financially assist the project.

However, the amount was just $2,000 and this leaves organizers to hope that the City of Buffalo or a private benefactor will step up to provide much of the rest which is needed. 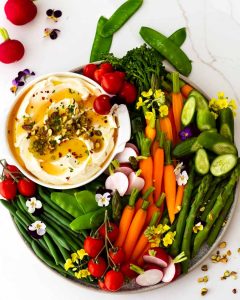