TikTok just introduced yet another buzzy and controversial trend that’s taking the internet by storm. Its latest viral moment: a “healthy” Coke-inspired drink that includes mixing balsamic vinegar with flavored sparkling water as an alternative to the classic Coca-Cola beverage.

TikTok user Amanda Jones posted a video on the app this week, introducing the now hotly debated “healthy” drink. The clip beings with her pouring a “splash” of balsamic vinegar into a tall glass filled with ice, then topping it with guava-flavored La Croix. “I am not joking you, it taste just like a Coke,” she says, explaining that her Pilates instructor makes this drink every day as “a healthy alternative” to soda. (Related: This Healthy Soda Brand Just Released Low-Sugar Versions of Classic Flavors)

Once the internet caught wind of Jones calling her balsamic vinegar-based drink a “healthy” Coke alternative, people had thoughts. Videos using the hashtag #healthycoke have more than 13 million views and run the gamut of people being pleasantly surprised by the taste of the drink to being disgusted by it.

A few Shape staffers even put it to the taste test. “I swear this combo actually lives up to the hype,” said commerce writer Chloe Irving. “It has the tang, bubbles, and even some of the sweetness of a Coke.” Meanwhile, others weren’t as impressed. “I wanted this to taste like Coke, but it pretty much tasted like watered down balsamic vinegar with bubbles to me,” said news editor Christie Calucchia. “Plus, one of the main perks of drinking Coca-Cola is the caffeine boost, which this doesn’t provide,” she adds.

In addition to comments about the beverages taste, one expert was quick to call out a larger issue with people claiming a balsamic vinegar drink is a “healthy” alternative to Coke. “Not everything is meant to provide nutrients,” wrote nutritionist Shana Minei Spence, M.S., R.D.N., C.D.N., in a thread of Tweets responding to the trend. “Is Coke a beverage that we should drink every single day for meals? Probably not. But do we really need to replace it with balsamic vinegar? I really don’t think so,” she wrote. “My point is that we as a society have become obsessed with the idea of health and healthifying every food [and] drink.”

With all of this in mind, you might be wondering if drinking balsamic vinegar is actually healthy or even safe. Well, it can be, but it doesn’t come without any risks, says registered dietitian nutritionist Lauren Manaker, M.S., R.D.N., L.D. “Balsamic vinegar can be safe to drink in limited amounts, as long as your body can tolerate acidic items,” she says.

Those with a stomach ulcer (a condition caused by acid in the stomach), won’t want to add large amounts of vinegar to their diets, explains Manaker. Drinking too many acidic beverages can also lead to tooth enamel breakdown, she adds. The amount of vinegar considered “safe” depends on an individual’s health, but one to two tablespoons tends to be okay for most people, says Manaker. (Related: An Apple Cider Vinegar Cleanse Gave Me Abs…and an Awful Stomach Ache)

Ultimately, the “healthy Coke” trend is okay to try, and some might find it to be a helpful alternative to high-sugar beverages, especially considering Americans generally consume too much added sugar, points out Manaker. “If people truly enjoy the sparkling water [and] vinegar combo, it can be a nice substitute as a once-in-a-while drink,” she adds.

That said, if you enjoy drinking a Coca-Cola every once in a while, that’s okay too! “Some foods [and] drinks are meant for pleasure and social connections,” wrote Spence in her tweets. It’s okay to indulge in a sweet treat every once in a while, but it’s also okay to drink balsamic vinegar and flavored water if you’re into it. Moral of the story? Do what’s best for you and your health, no matter what’s trending on social media at the moment. 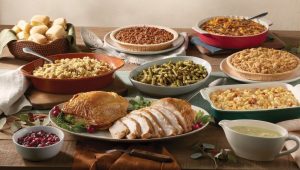